Home /The best photography from Wimbledon and the Ashes

Advances in technology have meant that we are better catered for than ever in how we view sporting occasions. From user-selected camera angles to online streaming of select sporting events, there appears to be no limit as to how technology can help us appreciate the world of sport.

However, it’s still the humble photograph that can best capture the perfect moment of sporting glory. Something about the perfect composition, lighting and timing is able to swiftly communicate these spectacular moments in a way that becomes indelibly etched on the sports fan’s mind.

And the legendary sporting tournaments of the Wimbledon Tennis Championships and Ashes cricket series are perfect for allowing such iconic images to flourish.

There’s something highly individual about the game of tennis, and it is this feature that can be best captured through the art of photography.

As the Wimbledon Tennis Championships are often thought of as being the pinnacle of a tennis player’s game, there’s always intense emotion that is ready to be documented through a perfectly timed photograph. 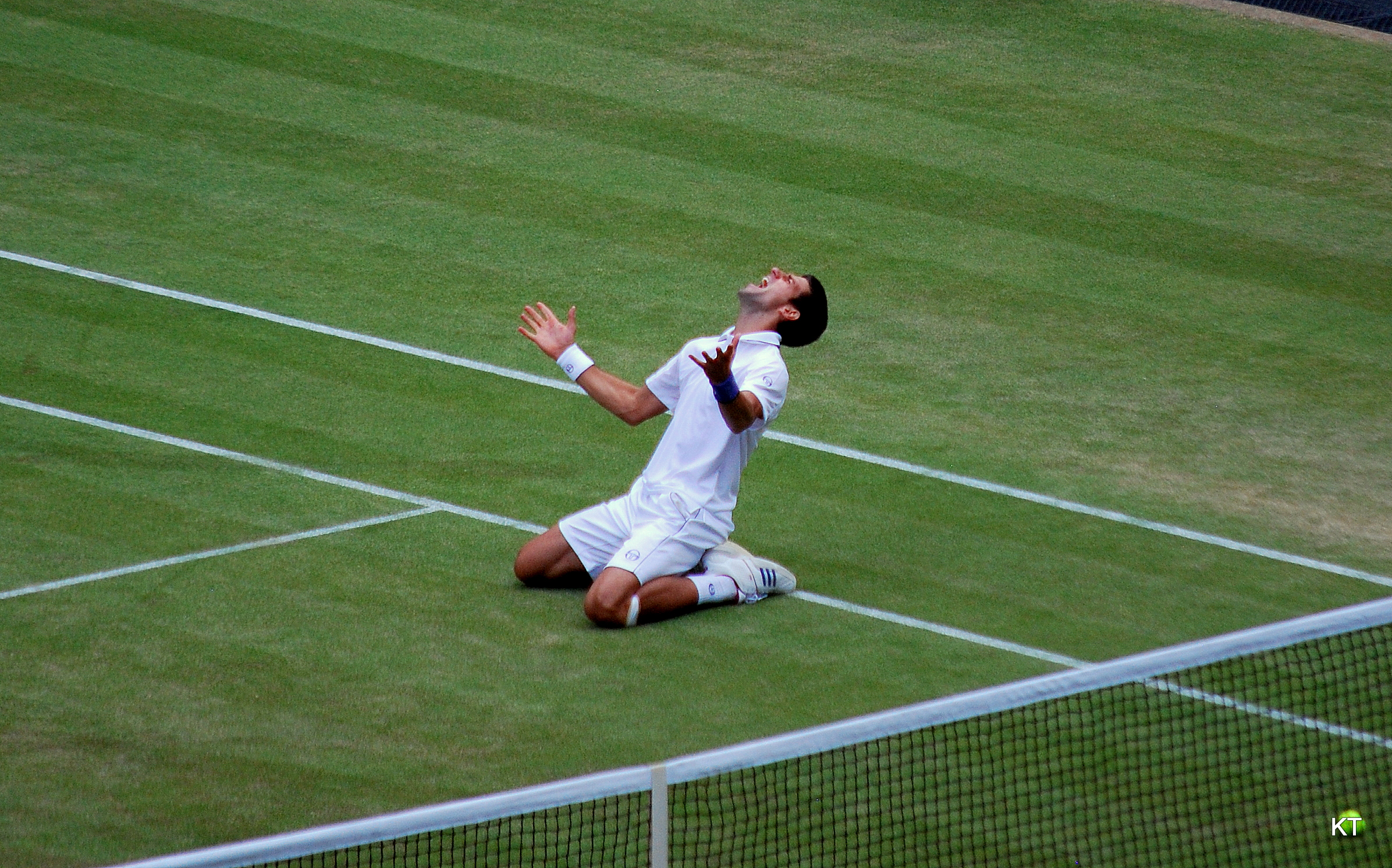 This year’s Wimbledon winner Novak Djokovic managed to make a win over Roger Federer look relatively easy, but as evidenced by this captivating photograph of his 2011 Wimbledon semi-final win, the moment of victory will always be incredibly sweet no matter how successful the player. To follow impressive players like Novak Djovokic in upcoming tournaments, visit the Coral site for the latest tennis news and information.

And in terms of the actual gameplay, high-resolution camera technology is perfectly suited to capture the exact moment when the tennis ball hits the racket, as shown in this wonderfully documented image of Japanese player Kei Nishikori at the 2013 Wimbledon Championships.

Every sport has its own idiosyncrasies that the professional photographer will be well aware of. Whereas it can be relatively easy for a photographer to feel a part of the action of a game of tennis, cricket poses a much tougher proposition.

The sheer physical distance from the edge of the playing field to the cricket pitch means that a telephoto lens must be used to capture anything beyond a few blurry white figures.

However, as this photograph taken at the Sydney Cricket Ground in 2011 illustrates, sometimes the spectacle of a full sports stadium cheering on Chris Tremlett’s decisive delivery to complete England’s 3-1 Ashes victory is enough to transmit the atmosphere and excitement of this special sporting event.